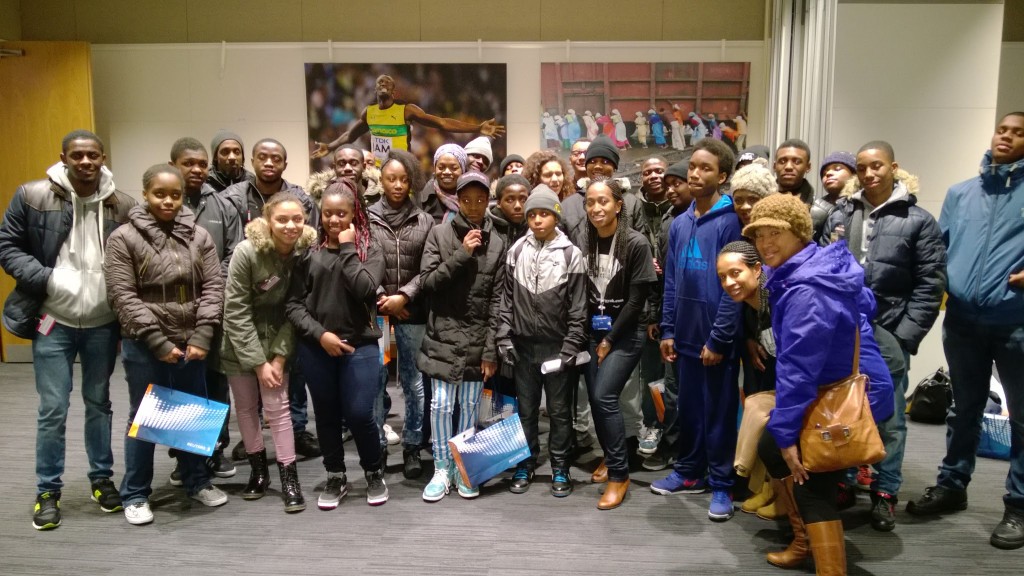 A Goal-setting workshop was held at Thomson Reuters’ Canary Wharf office. Young people from various schools in the Lewisham Borough, including Deptford Green and Sydenham Girls, were asked to set themselves realistic and achievable goals that they could work towards in 2014. Some of the goals chosen included taking steps to achieve better GCSE results than those predicted and also improving their relationships with their teachers. Urban Synergy young ambassadors, Gavin, Kofi and Kojo, were on hand to assist the mentees and provide support together with the rest of the Urban Synergy team.

During the workshop Courtney Mentore, a Thomson Reuters employee, talked about his role in the company his legal background and he also provided some insight regarding career and life choices. The mentees were given a short tour of the Thomson Reuters office before going to lunch. The Urban Synergy team then joined the mentees on the Canary Wharf Ice Rink and displayed some of their skills on the ice.

We received an email from a parent of one of the mentees below regarding the event;

“My son came home much more positive yesterday about his future. He already has aspirations, however I think yesterday really reinforced some of the things we talk about on a regular basis. Thank you to you and your team.”

Our thanks to Thomson Reuters and also to Pat Campbell for facilitating the Goal-setting workshop.