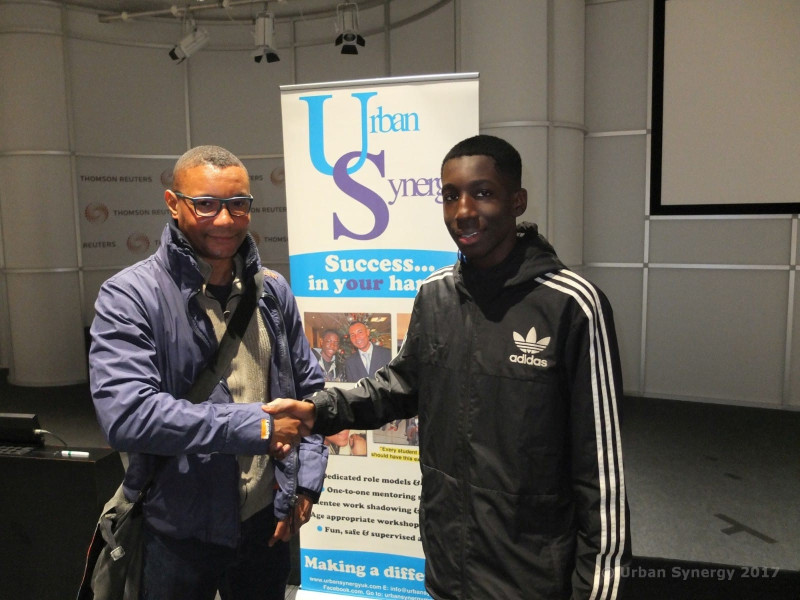 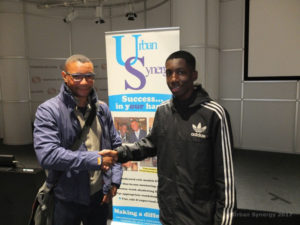 As this week is Children’s Mental Health Week, we have caught up with one of our past mentees to understand his feelings and the importance of taking time to talk.

Jonas Andrew-Phillips (18) is currently on a business administration apprenticeship as well as professionally public speaking, which is a far cry from the frustrated and unsociable boy of 13 that joined our 1-2-1 mentoring programme. He said “My mum forced me to go to the 1st session of the program and I didn’t want to be there, I sat in the corner with my hood up, refusing to talk to anyone. As the session progressed I took my hood down and listened. When it came to the next session, I don’t know why, but I went and it was the best thing I could have done as I met my mentor Gordon Greer, who steadily changed my life”.

Before the programme Jonas said he was struggling as “I was raised in a single parent household with few male role models. I felt my teachers were targeting me and was getting bullied by students too. People had started saying that I was a bad influence, which really upset me. I put up barriers and didn’t trust anybody. I felt everyone was against me and like I couldn’t win whatever I did”

But things changed for Jonas when he started to open up to his mentor, “Gordon was the first person who actually said he believed in me, I told him to stop lying to me, but he kept saying it and gradually I came to believe him. I could talk to Gordon about things that I didn’t want to tell my mum, mainly because I knew she always worried about me. Having a safe space and someone I trusted was a turning point for me. He called me Big Jonas and said I had to live up to my big name! I still regularly think about the advice that Gordon gave me and live by it still”

While he was on the programme he attended a PGL residential stay. “The PGL was a real highlight for me as I was with all older kids. It was interesting to speak to older kids and be away from my year group, especially the kids who were making my life difficult”

Jonas also said “It is extremely important to talk about problems and I am very proud that mental health awareness has come so far in the last 10 years, now it is much more acceptable to talk about your mental health. I think your mind is your most powerful asset and when it is not working properly it clouds the person you really want to be. We must talk to people we trust as if you bottle it up, you can create more issues later on”.

“Having a mentor was extremely valuable to me, South London has a stigma of being the roughest neighbourhood in London, but I feel grateful for the area lived in. Lewisham is a decent place but I was not exposed to the outside world. Gordon took me out of Lewisham to restaurants and museums and talked to me every step of the way. He was levelheaded and told me how it was, if I got it wrong he told me and guided me to a better situation”.

“Urban Synergy improved my self-confidence and communication skills and has made me more open to meeting new people, I now got to networking events and see meeting new people as a privilege. I received an award through the 100 Black Men programme, that I would never have joined if it was not for Urban Synergy. This led to me speaking in public to an audience of 1,000 people in America, which was one of my lifelong dreams”.

Jonas recommended the mentoring programme saying “Mentoring gives you confidence, connects you to someone safe that you can trust, increases your network and takes you out of your small world, into a much bigger one. It even gave me the opportunity to do work experience!”

Jonas is currently looking for opportunities in event hosting, public speaking and workshop facilitation. Don’t hesitate to contact him if you need this kind of help.